A 70 years old business man presented to A & E department of Hospital followed by a fall as a result of black out. His past medical history revealed no medications. His body weight was 90 kg and he smokes 20-25 cigarettes /day. On examination his blood pressure was 170/110 mm of Hg. Pulse rate was 75 beats/min. Final observation was that he was a hypertensive patient.

PROBLEMS:
1. What is first line therapy of hypertension?
2. How should he be treated of hypertension?
3. What renal function may be deteriorated?
4. What should be the advice given to patient?
1. FIRST LINE THERAPY OF HYPERTENSION:
a. Initial Treatment of the Hypertensive Emergency
i. The initial goal for BP reduction is not to obtain a normal BP but rather to achieve a progressive, controlled reduction in BP to minimize the risk of hypoperfusion in cerebral, coronary, and renovascular beds.
ii. Mean arterial pressure can be reduced within the first 30 to 60 minutes to 110 to 115 mm Hg. If this level of BP is well tolerated and the patient is clinically stable, further gradual reductions toward a normal BP can be implemented over the next 24 hours.
b. Oral Agents for Severe Hypertensive Several oral agents can be particularly appropriate for treating a hypertensive urgency
i. Captopril, an angiotensin-converting enzyme inhibitor, is well tolerated and can effectively reduce BP in a hypertensive urgency.4 Given by mouth, captopril is usually effective within 15 to 30 minutes and may be repeated in 1 to 2 hours, depending on the response.
ii. Clonidine is a centrally acting alpha-adrenergic agonist with onset of action 30 to 60 minutes after oral administration, and maximal effects are usually seen within 2 to 4 hours. This agent is most commonly administered as a loading dose of 0.1 or 0.2 mg followed by 0.1 mg hourly for several hours until an appropriate BP level is attained.
iii. Labetalol, a combined alpha- and beta-adrenergic blocking agent, can be effectively administered orally in a dose of 200 to 400 mg with BP response observed within 2 to 3 hours. 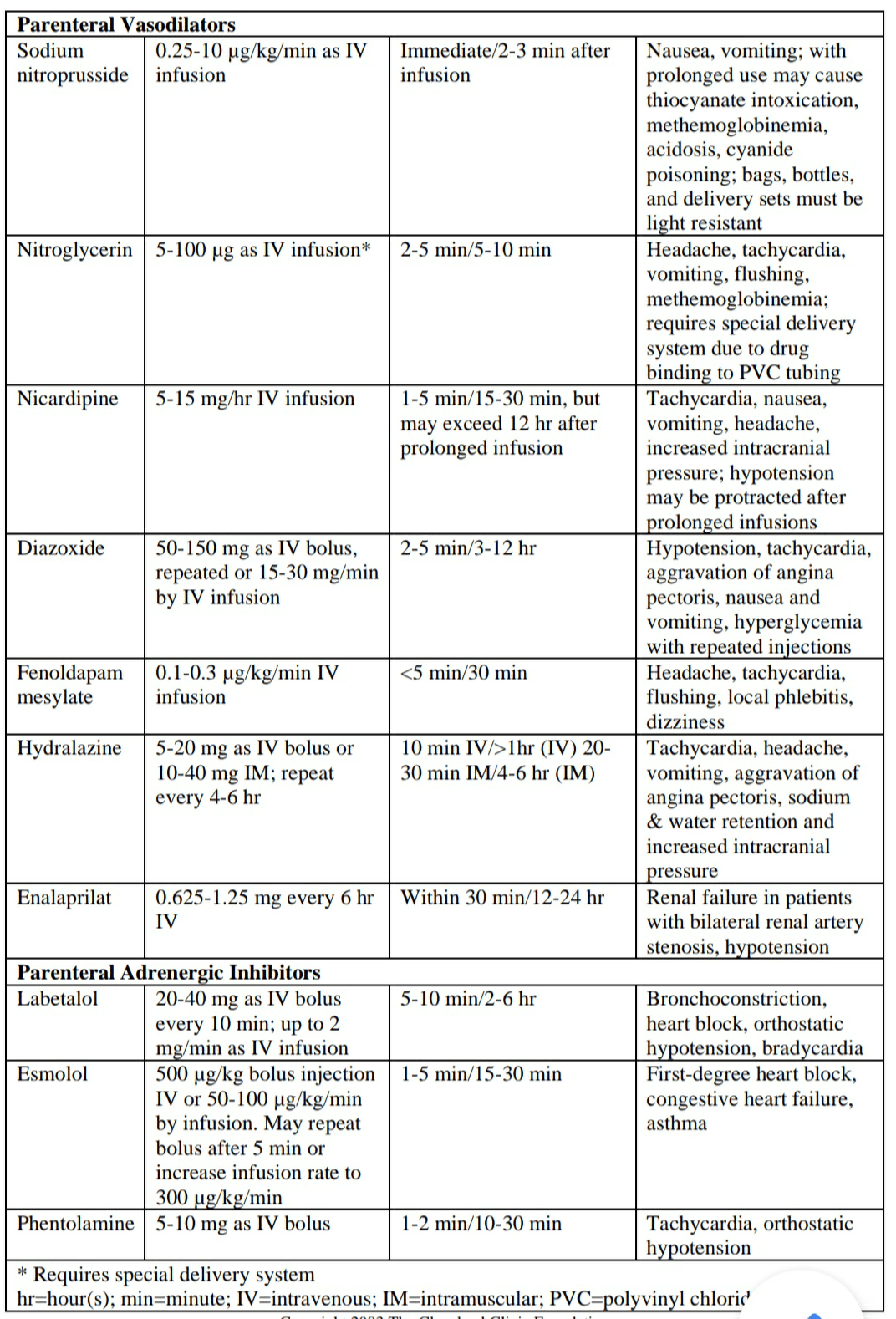 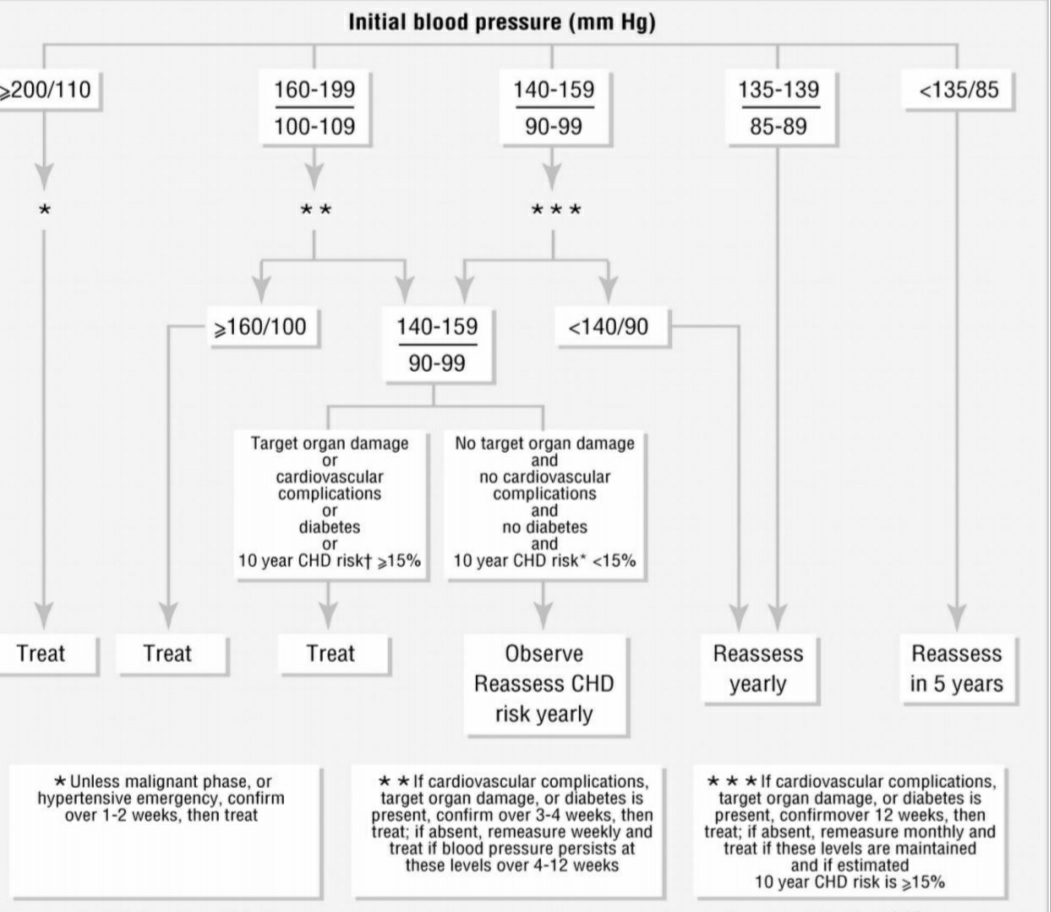 The patient was diagnosed as having Hypertension Crisis with Syncope. So according to British –Hypertension Society, following suggestions are recommended:
• In non-diabetic hypertensive subjects, the recommended optimal B.P. is < 140 mm of Hg.
It is recommended that immediate BP reduction (not necessarily to normal ranges) to prevent or limit target organ damage is required. Examples include: hypertensive encephalopathy, intracranial hemorrhage, unstable angina pectoris, or acute myocardial infarction, acute left ventricular failure with pulmonary edema, dissecting aneurysm, or eclampsia. This patient would be better defined as severe elevations in BP without acute, progressive target organ damage.
After initial management and restoration of Hypertension in the Hospital, patient is advices for:

o Drug-free Treatment of Hypertension
▪ Lifestyle modification (nonpharmacologic treatment)
• Weight reduction and regular aerobic exercise
• Reducing dietary sugar intake
• Reducing sodium (salt) in the diet may be effective
• Additional dietary changes beneficial to reducing blood pressure includes the DASH diet (dietary approaches to stop hypertension), which is rich in fruits and vegetables and low fat or fat-free dairy foods.
• As the patient history reveals that he is a chain smoker so discontinuing tobacco use is strictly advised to lower blood pressure. This may also include smoking cessation program.
• Reducing stress, for example with relaxation therapy.

o Drug Treatment of Hypertension
▪ Antihypertensives are a class of drugs that are used in medicine and pharmacology to treat hypertension (high blood pressure). There are many classes of antihypertensives, which—by varying means—act by lowering blood pressure. Following drug cloasses are used for hypertension.
• Diuretics
o Thiazide diuretics indicated in elderly patients. Thiazide diuretics have been a mainstay of antihypertensive therapy.
o Loop Diuretics
• beta blockers
• renin-angiotensin-aldosterone antagonists
• calcium channel blockers
• alpha blockers
• centrally acting agents
• other agents (minoxidil, hydralazine)
3. RENAL FUNCTIONS:
• Antihypertensive therapy influences kidney function by different mechanisms depending on the mode of action of the drug used.
• The GFR is improved by calcium entry blockers and ACE inhibitors, unaffected by vasodilators, alfa-blockers and centrally acting sympatholytics and impaired by beta-blockers. The same is true for renal blood flow and is due to changes of renal vascular resistance.
• Renal sodium excretion is impaired mostly by vasodilators, by alfa-blockers, sympatholytics and beta-blockers; in contrast, calcium entry blockers and ACE inhibitors acutely induce natriuresis.
• The RAAS is stimulated by vasodilators, unaffected by alfa-blockers and sympatholytics and suppressed by beta-blockers.
• Plasma catecholamines are stimulated by vasodilators and suppressed by centrally acting sympatholytics and unaffected by the others. Induction of acute renal functional impairment is reported for ACE inhibitors under conditions of compromised renal perfusion pressure such as in renal artery stenosis.
• These data from the literature reviewed are supported by our own experimental data on sodium balance under different drugs and micropuncture data in experimental renal artery stenosis. To achieve effective antihypertensive treatment with a low profile of side effects, careful monitoring of renal function seems to be mandatory.
4. ADVICE TO PATIENT:
The patient is advised for the following advices and follow ups instructions.
Follow up • At least every 6 months, frequency of visits depending on degree of control, complexity of therapy and compliance. Annual urinalysis for protein, blood for glucose, creatinine and electrolytes (± total and HDL cholesterol) and evaluation of CHD/CVD risk recommended: with routine visits to measure weight, BP and to enquire about general health, side-effects, treatment problems and to re-inforce non-drug measures. A robust call/recall system is essential. • It may be possible to gradually titrate down or stop medication in patients who successfully modify their lifestyle (as long as appropriate BP and other targets are achieved, in patients with low cardiovascular risk). • Smoking should be avoided in any hypertensive patient because it can markedly increase the risk of secondary cardiovascular complications and enhance the progression of renal insufficiency